In the last two posts we covered the basics of Social Security (SS) including terminology, the SS timeline, and how benefits claimed early, on-time and delayed affect the amount of the benefit. If you didn’t read the first two posts, and you are inexperienced with SS, I highly recommend you read Part I and Part II before continuing this post.

This post applies all those SS basics to many different scenarios including age differences and similar versus different benefit amounts. To gain insight into claiming strategies as they relate to your situation, find the example or examples below that are closest to your situation to gain a better understanding of your situation. Armed with this knowledge, you are better prepared to know what benefits you might be eligible for and what questions to ask of a SS representative when you meet with them.

NOTE: The scenarios described in this Blog are educational in nature and may not represent your exact situation. Please do not use these educational scenarios as advice or guidance as to what decisions you should make regarding your SS benefits. It is always recommended that you consult with the Social Security Administration (SSA) to learn of all available claiming options and then consider these options carefully.

Both Spouses are Over Age 70

Jack and Kate are past age 70 and both are collecting SS benefits.  At Jack’s death, the surviving spouse, Kate, will receive an amount equal to the highest benefit received. If Jack was receiving his own monthly retirement benefit of $2,000 and Kate is receiving her own or a spousal monthly benefit of $1,000, upon Jack’s death, Kate will receive the higher amount ($2,000).

Reversing the amounts, if Kate is the one collecting $2,000 per month and Jack is collecting $1,000 per month, upon Jack’s death, Kate will not collect any more than $2,000 per month. Losing $1,000 a month in benefits can be an unwanted surprise to a surviving spouse, especially if savings or other sources of income are insufficient.  If both Jack and Kate were high wage earners and each is collecting $2,000 per month, that’s $4,000 per month. Losing $2,000 a month of the $4,000 is a 50% drop; a shock to the system for most people, especially if SS income is the major source of income for the couple. Most people realize that living expenses for a widow are not cut in half after the death of their spouse. Poverty, unfortunately, is a reality for many low-income widows.

If Kate was previously married for more than 10 years, and her ex-spouse is also deceased, Kate might be eligible for survivor benefits not only from her deceased spouse but also from her deceased ex-spouse. If the deceased ex-spouse’s own retirement benefit exceeded $2,000, which is more than Jack’s benefit, Kate might be able to claim that higher benefit from her ex-spouse’s SS earnings record. The lesson here is to check with the SSA regarding all eligible SS benefits, including those from ex-spouses.

If you and/or your spouse started collecting SS benefits between FRA and age 70 and you are now older than 70, please read the section above titled Both Spouses are Over Age 70

As you know, waiting until FRA to collect your own retirement benefit allows you to collect 100% of your full retirement age amount known as your Primary Insurance Amount (PIA). Delaying the start past FRA allows you to collect Delayed Retirement Credits (DRCs) at the rate of 8% per year, up to age 70. Certain exceptions such as the Windfall Elimination Provision (WEP) and the Government Pension Offset (GPO) may affect one’s ability to collect full benefits at FRA; both are covered in the next post.

Jack is age 68 and started collecting his own SS retirement benefit of $1,800 per month at age 66 (his FRA). Kate is 67 (her FRA is 66) and is delaying her own retirement benefit (PIA = $1,200) until her age 70 to collect $1,584 per month. Her own benefit, even with Delayed Retirement Credits (DRCs), will not grow bigger than Jack’s $1,800 benefit, so upon Jack’s death, Kate will file for and collect $1,800 per month. Because Kate is past her FRA, there is no advantage to her waiting to claim her survivor benefit. If Kate was between 60 and 66 when Jack died, there might be an advantage for her to wait until her FRA to collect a survivor benefit (see example further down this post).

If you and/or your spouse started collecting SS benefits between age 62 and FRA and you are now older than 70, please read the earlier section titled Both Spouses are Over Age 70.

When one or both spouses start collecting a retirement benefit prior to their FRA, their retirement benefit is reduced below their PIA and stays reduced for the rest of their lives, except for inflation adjustments. They do not accumulate any DRCs once they pass their FRA up to age 70, because they’ve already started their own benefit early.

A note of interest is that Kate’s survivor benefit does not get reduced because she started her own retirement benefit early (prior to her FRA). The SSA site states “In many cases, a widow or widower can begin receiving one benefit at a reduced rate and then, at full retirement age, switch to the other benefit at an unreduced rate.”

If Kate decides to file for survivor benefits prior to her FRA, three specific amounts are calculated, arranged from low to high and compared to a table in the POMS. The name sequence matching the table indicates which of the three amounts Kate will receive. In this example let’s assume Kate applies for survivor benefits at age 62, the three amounts are 82.5% of Jack’s PIA (82.5% x $1,800 = $1,485), the amount Jack received ($1,350), and an amount proportional to when Kate starts the benefit between age 60 and 66 (in this case, for an age 62 start date it would be $1,800 x [28.5% x 24 / 72 + 71.5%] = $1,800 x 81.0% = $1,458). The three amounts are then ranked low to high: $1,350 (Reduced Insurance Benefit), $1,458 (Reduced Widow’s Insurance Benefit) and $1,485 (82.5% of PIA). This sequence matches the 5th sequence in the table which means this widow will receive the underlined amount (the middle amount), $1,458. This is a case, again, where Kate receives more than the amount she was collecting, and more than the amount Jack was collecting. It may benefit Kate to delay collecting her survivor benefit until later, but in this case, the increase might be negligible.  Analysis is recommended to determine the best starting date to maximize her survivor benefit over her lifetime.

Surviving Spouse is between age 60 and 62

Another strategy for Kate to consider is to take no survivor benefit at age 60 (she covers living expenses with retirement savings). When Kate turns 62 she starts collecting her own retirement benefit (75% of $800 = $600/month) and then at her FRA switches to a survivor benefit of $1,800 (Jack’s PIA). By age 90 she will have collected just over $540,000 (no inflation adjustment) in SS benefits which is about $70,000 more than the strategy recommended by her friends. If she lives five years longer to age 95, Kate will have collected nearly $100,000 more in lifetime SS benefits. Picking the optimal claiming strategy depends on a few factors including life expectancy. If Kate is in poor health, she may not expect to live to age 90, with age 95 being even more of a stretch, so starting benefits earlier may make more sense. Analysis is recommended. 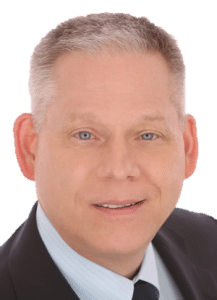 Next Post: We will consider scenarios that involve a spouse dying prior to 62 years of age, a deceased ex-spouse, how working at certain ages may reduce your survivor benefit, the effects of a government pension on SS benefits and survivor benefits for young children and the parent raising those children.

Jim Schwartz is a Scottsdale, AZ fee-only financial planner with an expertise and interest in financial planning and education for widows and widowers.  Years of working with and advising widows, widowers, and surviving partners has provided a wealth of experience and knowledge in this complicated financial arena.  He is particularly skilled in his ability to guide his clients through difficult decisions while ensuring the stability of their finances.

DISCLAIMER: All written content on this site is for information and education purposes only and is not specific advice for your situation. Opinions expressed herein are solely those of Widowed Community, LLC and the Widowed Community Financial Blog, unless otherwise specifically cited. Material presented is believed to be from reliable sources. We do not endorse any 3rd party comments or posts (3rd parties are those readers of The Blog who choose to submit comments).  All information or ideas provided should be discussed in detail with a qualified financial advisor, accountant or legal counsel prior to implementation.  See our Terms of Use for additional details regarding legal disclaimers, privacy policy, permissions & reprints and comment policy.  The FAQs page also contains some good information.

Subscribe to the Widowed Community Financial Planning Blog and get this valuable content sent directly to your inbox!

You have Successfully Subscribed!